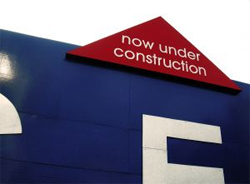 The major part of a solution for this will obviously entail a greater future emphasis on the construction of multifamily dwellings. Why not, then, give far more consideration to an ultimately beneficial approach to stemming housing sprawl, global warming, and the resulting killer-drought: the construction of condominiums over offices in high-rise buildings adjacent to greenhouses?

In such structures, we should note, we would also have the ideal location for the positioning of wind energy conversion devices: at the apex of the corners of these tall buildings. In particular, these buildings could use carbon-fiber-reinforced vanes supported by peripheral bracing to form vertical-axis wind assemblies. These assemblies could be suspended along the channeled corners of tall buildings. This scheme would be superior to the large and costly three-bladed, horizontal-axis wind machines now toyed with by the electric utility industry in several ways: